Backed by decades of reputable science and research, Cellgevity is a proprietary blend superbly balanced with prime ingredients cells utilize for superior function for better health. 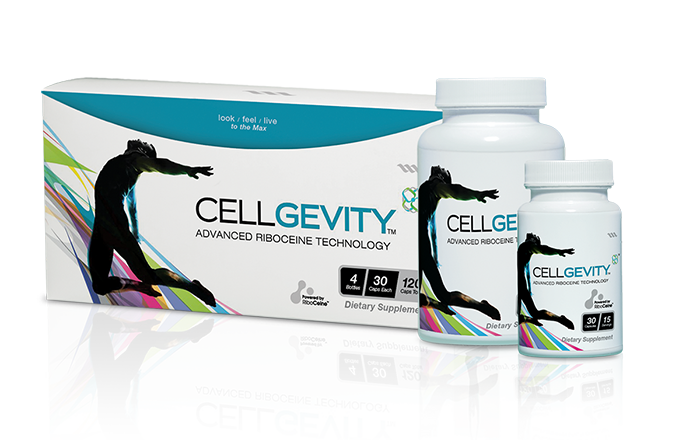 I find Cellgevity to be incredibly useful in my day to day life. Not only do I have more energy to do my work, it plays a very supportive role in helping my body remove toxins.

After going on Cellgevity I feel better than I have in years. I was not only able to drive 90 miles to work and hit the ground running, I am also able to enjoy a game of basketball with my daughter.

Buy Cellgevity now and optimize cellular functions for the health you deserve.

RiboCeine™ is a patented breakthrough nutrient compound that has been known to deliver the key precursor nutrient, cysteine, to the cell. RiboCeine™ enables the cell to produce optimal levels of glutathione. Backed by 25 years of research and 22 published and peer-reviewed scientific studies funded by the National Institutes of Health and other scientific institutions, RiboCeine™ was proven to significantly outperform all other means of glutathione enhancement, against which it was tested.

Alpha Lipoic Acid is a powerful endogenous antioxidant known to combat various forms of oxidative stress and to recycle other antioxidants. Together with glutathione, they protect the fat and water portions of the cells from different types of free radicals.

Broccoli Seed Extract (sulforaphane glucosinolate) acts as a catalyst to boost antioxidant activity for as much as three days. Protects against DNA damaging electrophiles and helps cells neutralize toxins and carcinogens so they are eliminated from cells. It also helps to raise and replenish glutathione levels and induces the antioxidant enzymes used in the Phase II detoxification pathway.

Resveratrol is an antioxidant found in high concentrations in grape skin, also found in wines, with higher concentrations in red wine verse white wine. Resveratrol is thought to account in a large part for the so called 'French Paradox'. The French Paradox - the findings that the rate of coronary heart disease in France was observed to be lower than in other countries with a similar risk factor - has been attributed to the consumption of red wine. Resveratrol is an antioxidant known to have cardio-protective properties.

Quercetin is a supporting flavonoid antioxidant that scavenges free radicals that can damage cells.

Vitamin C is an exogenous antioxidant that is considered a network antioxidant and known to support the immune system.

Cordyceps has been used as a Chinese medicine for centuries and has been valued for its activity in restoring energy, increasing stamina, promoting longevity and improving quality of life.

Aloe Extract has the most bio-active content of acemannan, the active ingredient in aloe. Aloe is known to support the immune system and has antioxidant functions.