Your Formula to Support Your Health and Wellness 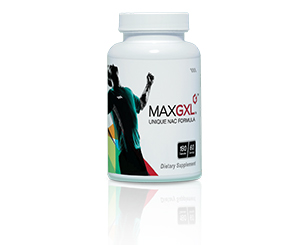 Safe for
Professional Athletic Use

*Specially formulated to contain no contaminants or banned substances as certified by the Banned Substance Control Group (BSCG) giving professional athletes worldwide the confidence to use Max products within competition.

Max International’s MaxGXL has an exclusive N-acetyl-cysteine (NAC) formula designed especially to provide your body the nutrients it needs to help maintain its levels of glutathione, a critical molecule to help maintain good health.

Glutathione is a super anti-oxidant created by our bodies to defend against outside harmful influences and attackers like free radicals, chemical toxins, and heavy metals. Glutathione does this by working as the body’s master anti-oxidant, recycling and refreshing other anti-oxidants in the body so they support the important daily function of the body’s cells. MaxGXL's unique NAC supplementation is based on a unique, proprietary formula developed by the late Dr. Robert Keller that features the highest quality ingredients from exclusive sources.

Now, your body can reap the benefits of the ingredients in our exclusive, proprietary blend.

N-Acetyl Cysteine Supports the transport of the very fragile and 'rate limiting' amino acid, L-cysteine through the digestive tract for the production of glutathione and is one of the core ingredients in MaxGXL together with L-glutamine, another amino acid glutathione precursor. In addition, other network antioxidants such as vitamin C and alpha lipoic acid, as well as the dietary flavonoid, quercetin have been added to provide complementary antioxidant support.

Cordyceps preserve glutathione based on its known anti-inflammatory properties. Inflammation produces free radicals and other reactive oxygen species that damage cellular components unless they are neutralized by antioxidants such as glutathione. This anti-inflammatory action of cordyceps helps to minimize the use of available glutathione, thus freeing it to perform other important functions within the body.

N-Acetyl-D-glucosamine supports the gastrointestinal absorption of amino acids. It is included in the formula to promote the absorption of N-acetyl Cysteine and glutamine.

Glutamine is converted in the body to Glutamic acid, one of the three amino acid building blocks for the synthesis of glutathione.

We’re proud to present some of the people who’ve felt the benefit of MaxGXL’s glutathione supporting technology.

I keep myself in really good health, so I didn’t feel like I needed anything to supplement my lifestyle. However, now that I’ve started taking Max Products, I’ve found that they’re a great compliment to a healthy diet and exercise. I feel more energized during the day and now I’m not as tired during the afternoon.

I reached a point where I felt I had no energy and found it difficult to do the things I wanted to do. With the Max products, I feel like I can sustain myself over the long term again. I have the will to exercise again and am happy that I’m working on better health and being in better shape.

To continue with your purchase, please choose one of the options below.

If you’re new to Max, then you'll need to create your account. Please select this option to be taken through our detailed Product Purchase page.

If you’re currently a Max Associate or Preferred Customer, then please select this option to log on to your account.